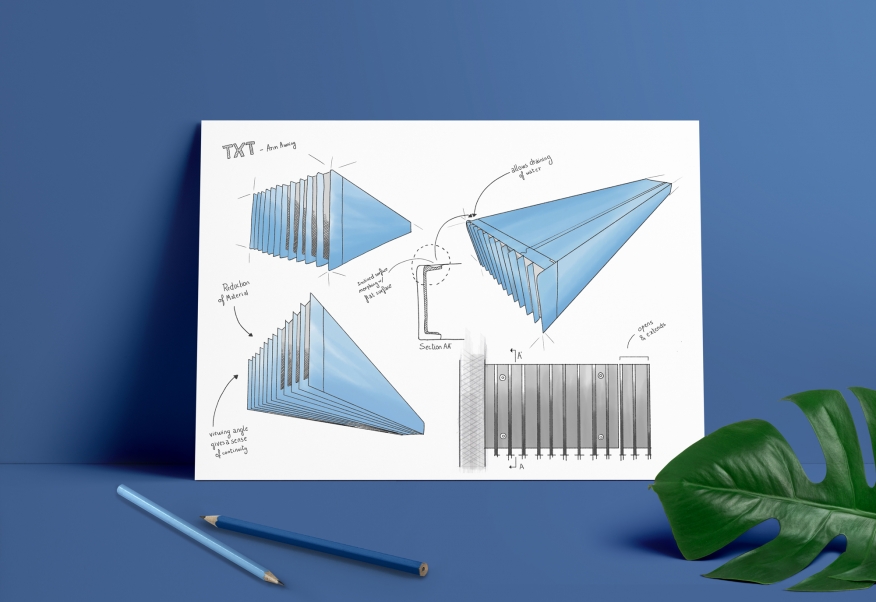 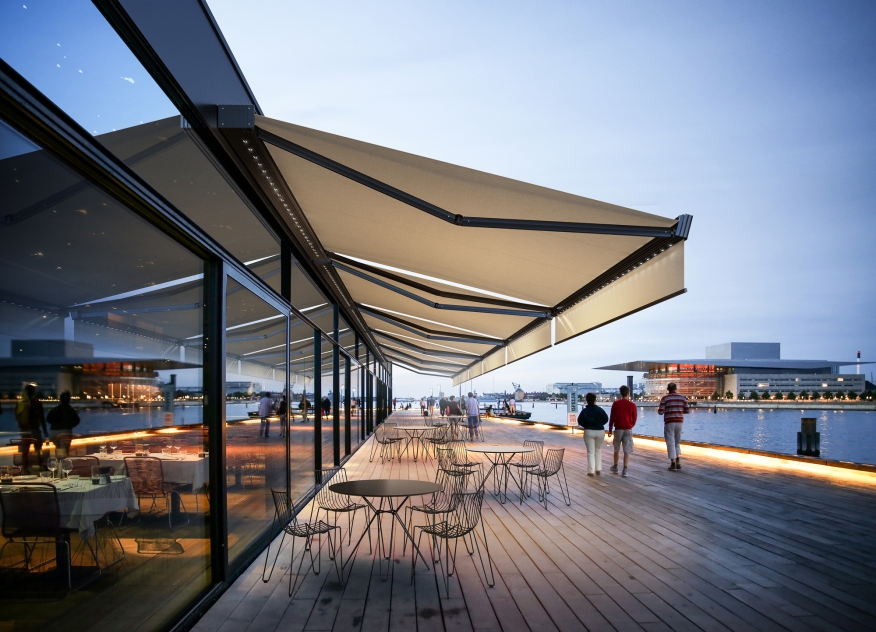 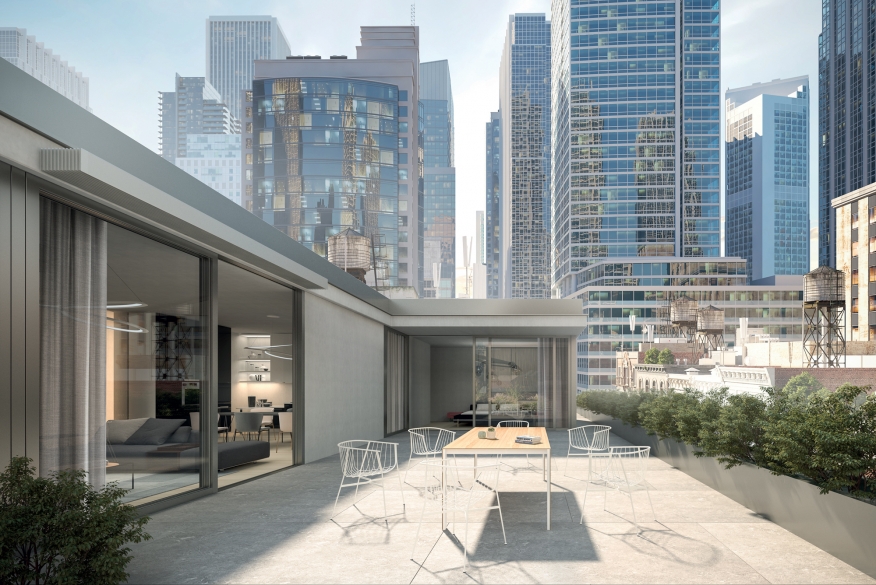 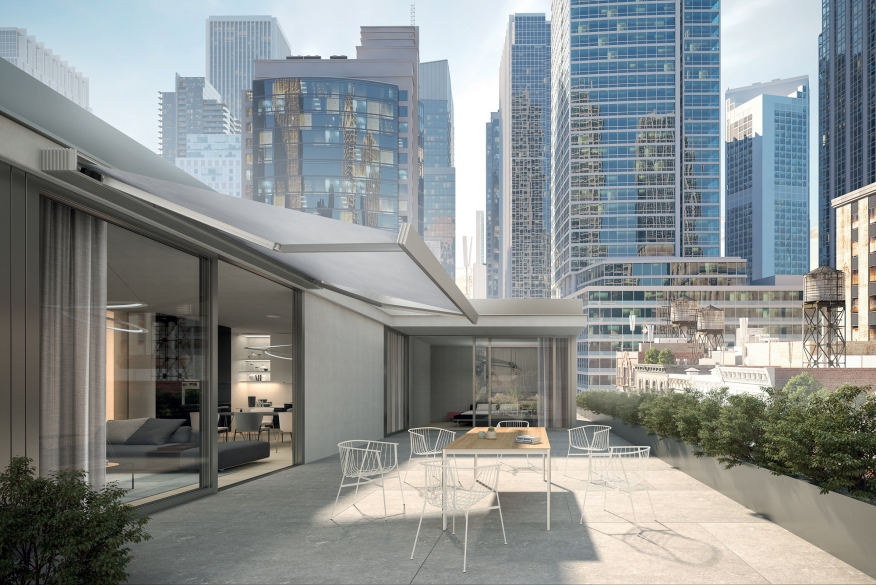 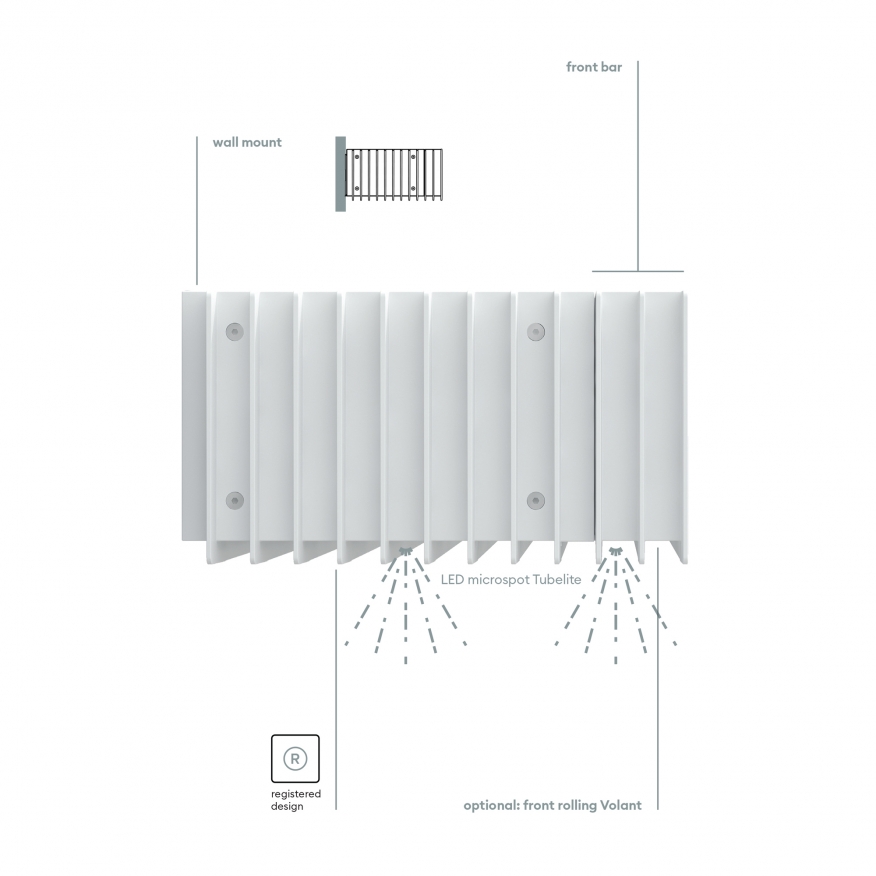 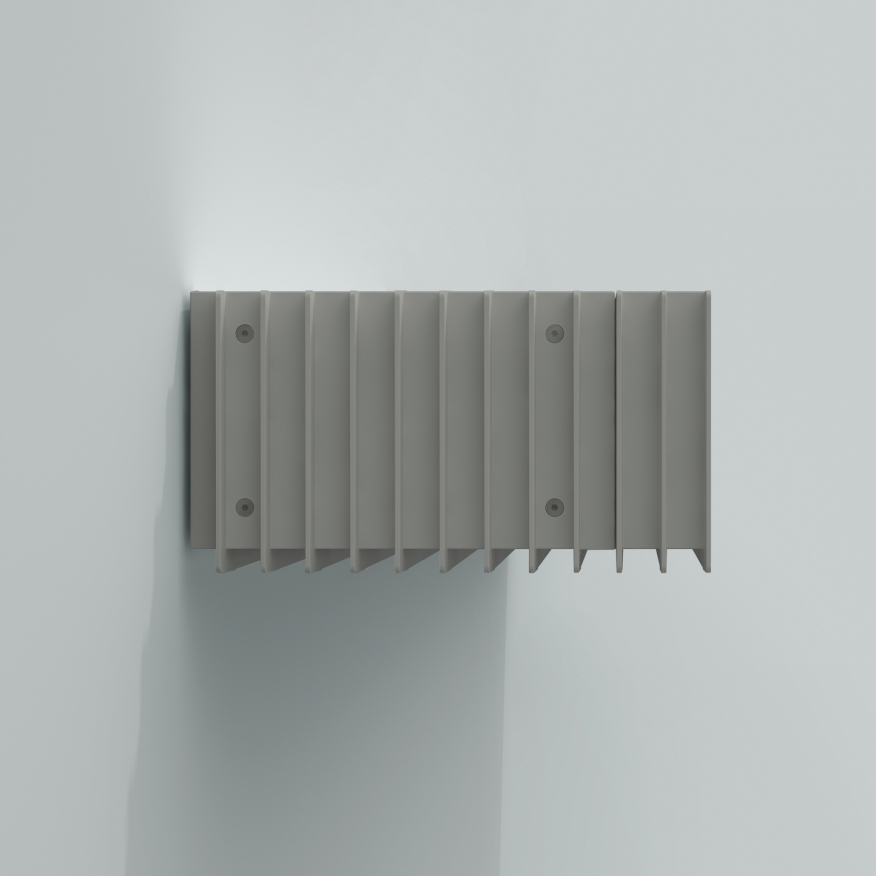 TXT is no mere an arm awning, but a proper architectural element whose claim is to define the external façade of a home. In the same way as a fashion accessory contributes to enhancing the outfit it coordinates, TXT also valorises the external vertical surface of a building, by communicating a sense of architectural lightness, thanks to the rhythmic sequence of solid and void elements defining the pattern of the awning box.
“We were taken by the idea of considering our awning not so much an independent block attached to the facade, but rather as an element of the façade itself, which tends to emerge and jut out. Inspired by this principle, our research was focused on a sharp and repetitive aesthetic, defined by a series of parallel elements which ideally stand out on the façade in a way that is harmonious and rhythmic for subsequent release in the surrounding space”.
TXT generates a sensation of architectural lightness in which the rhythmic sequence of solid and void elements not only decorates the space three-dimensionally but also, and above all, camouflages all the technical elements normally left on view thanks to a “no look” effect. In this way, the screw housing, light housing and the dividing line between the awning box and shade are camouflaged and harmoniously integrated in the rhythmic play of solids and voids.
A two-dimensional texture is no longer restricted to having a mere decorative function, but becomes the very essence of the industrial product. TXT embodies this process, in which a simple “comb” pattern comes to life and confers significance, added value and functionality to a boxed arm awning for outdoor spaces.