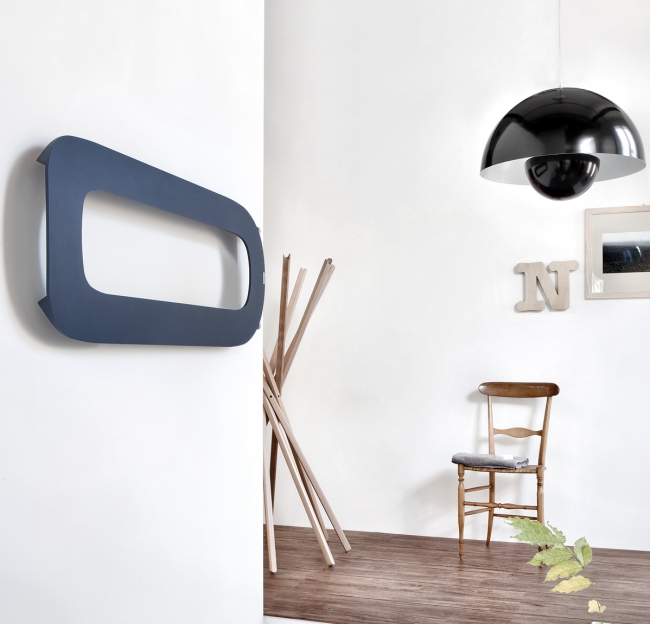 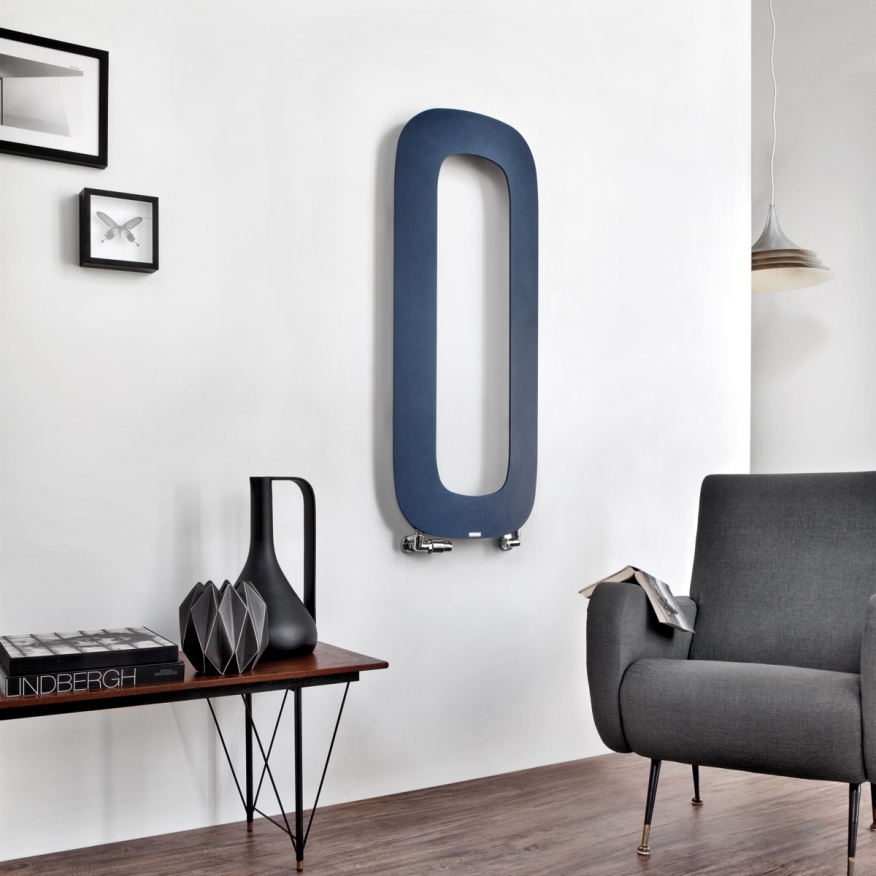 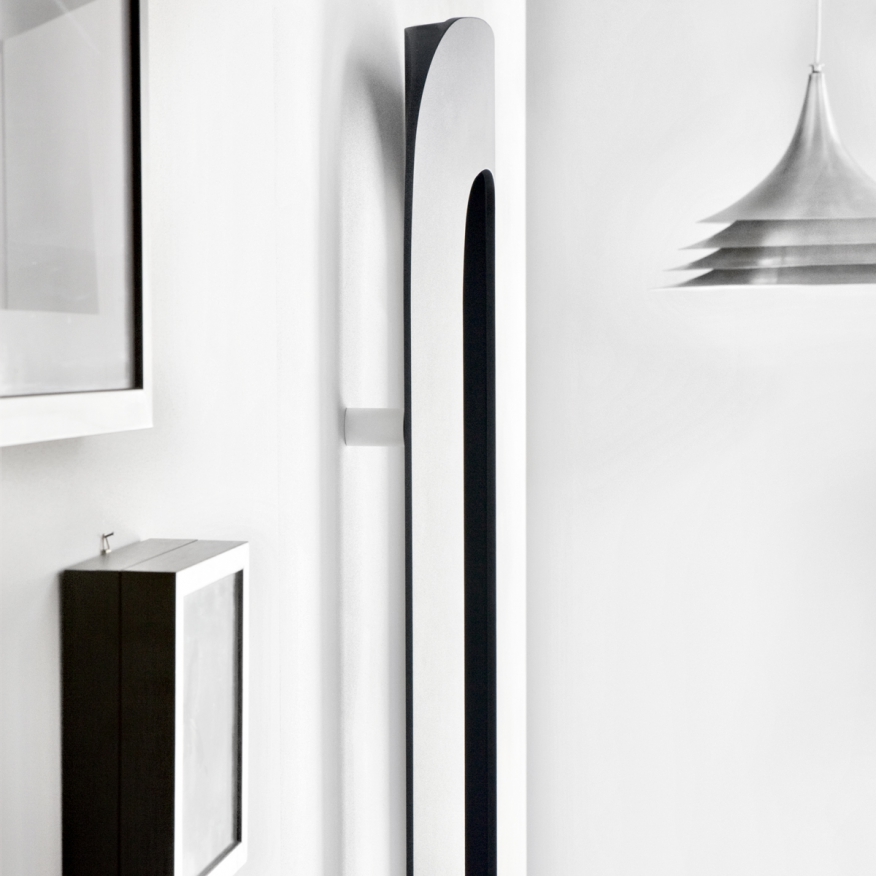 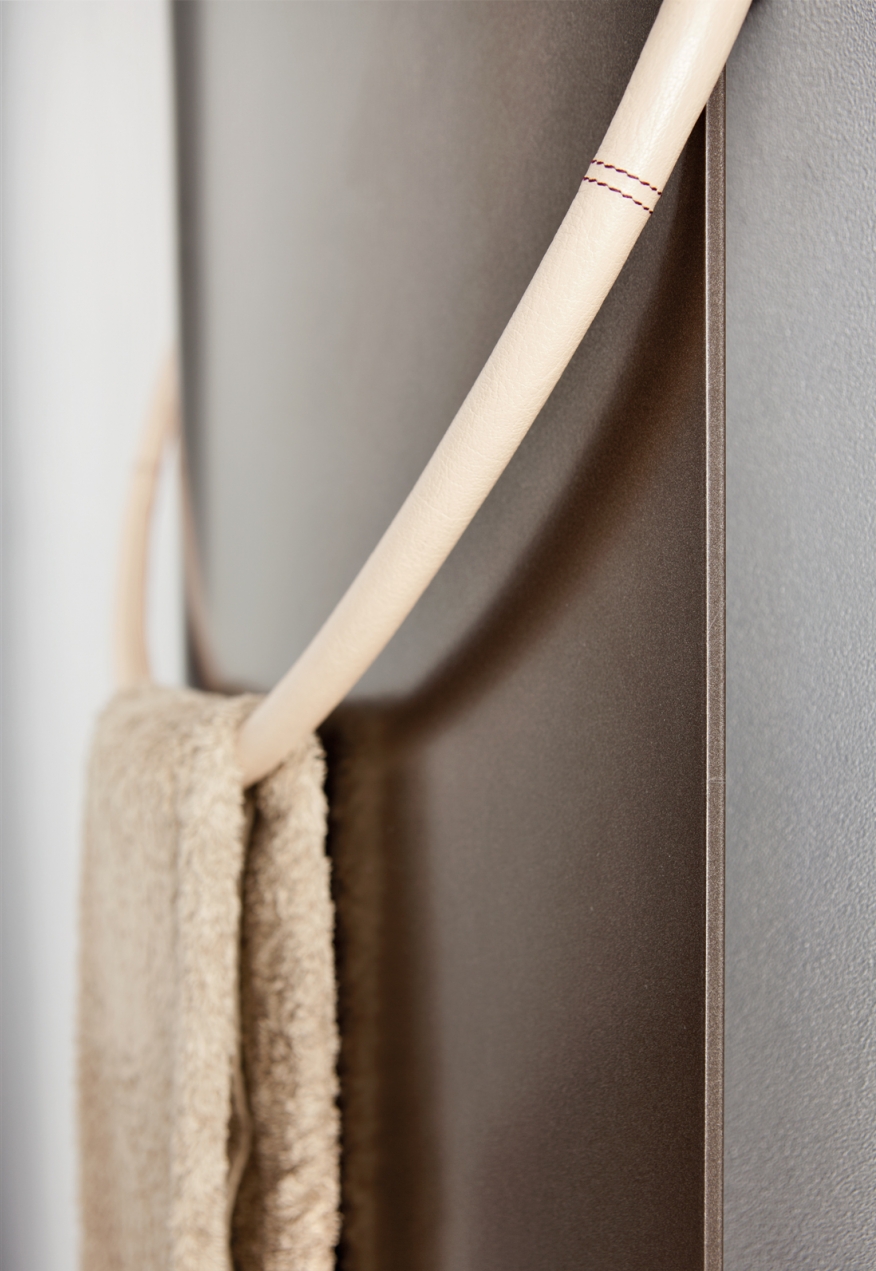 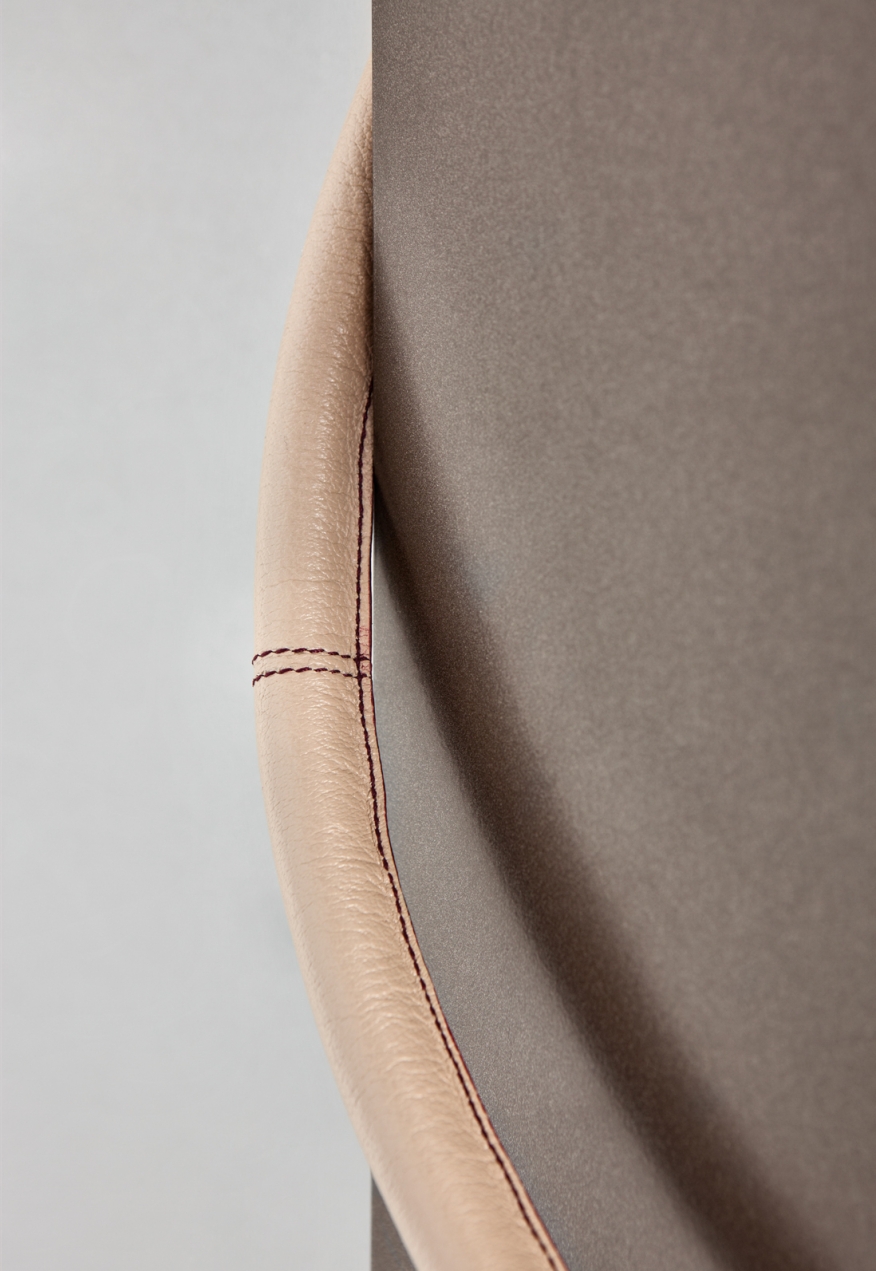 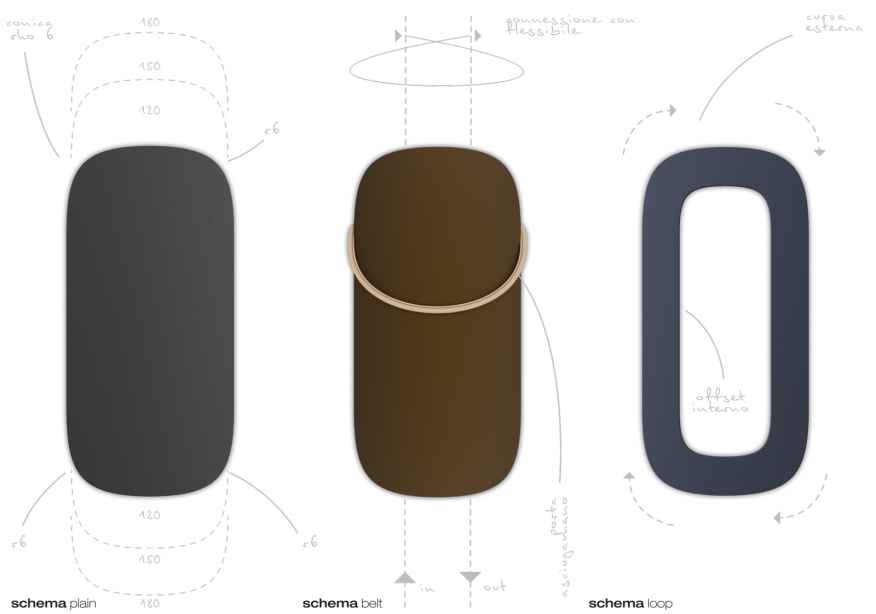 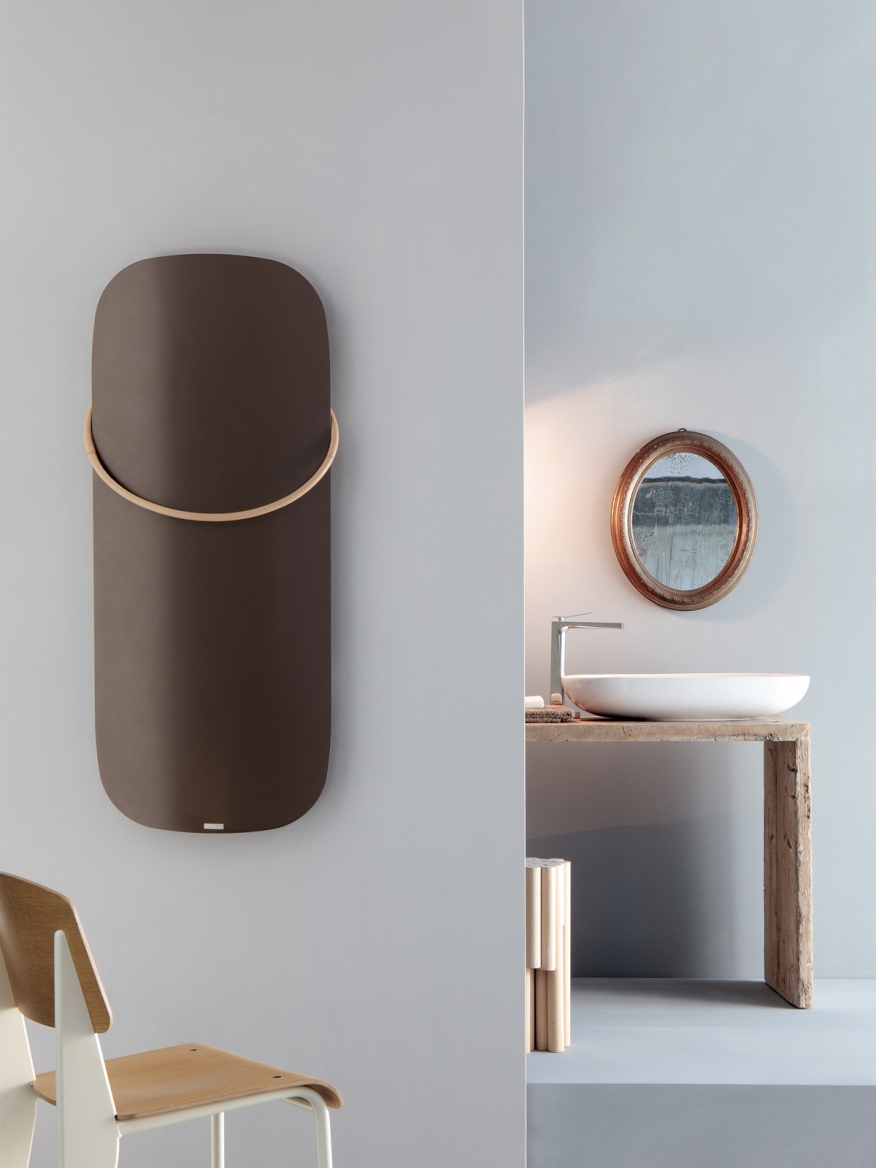 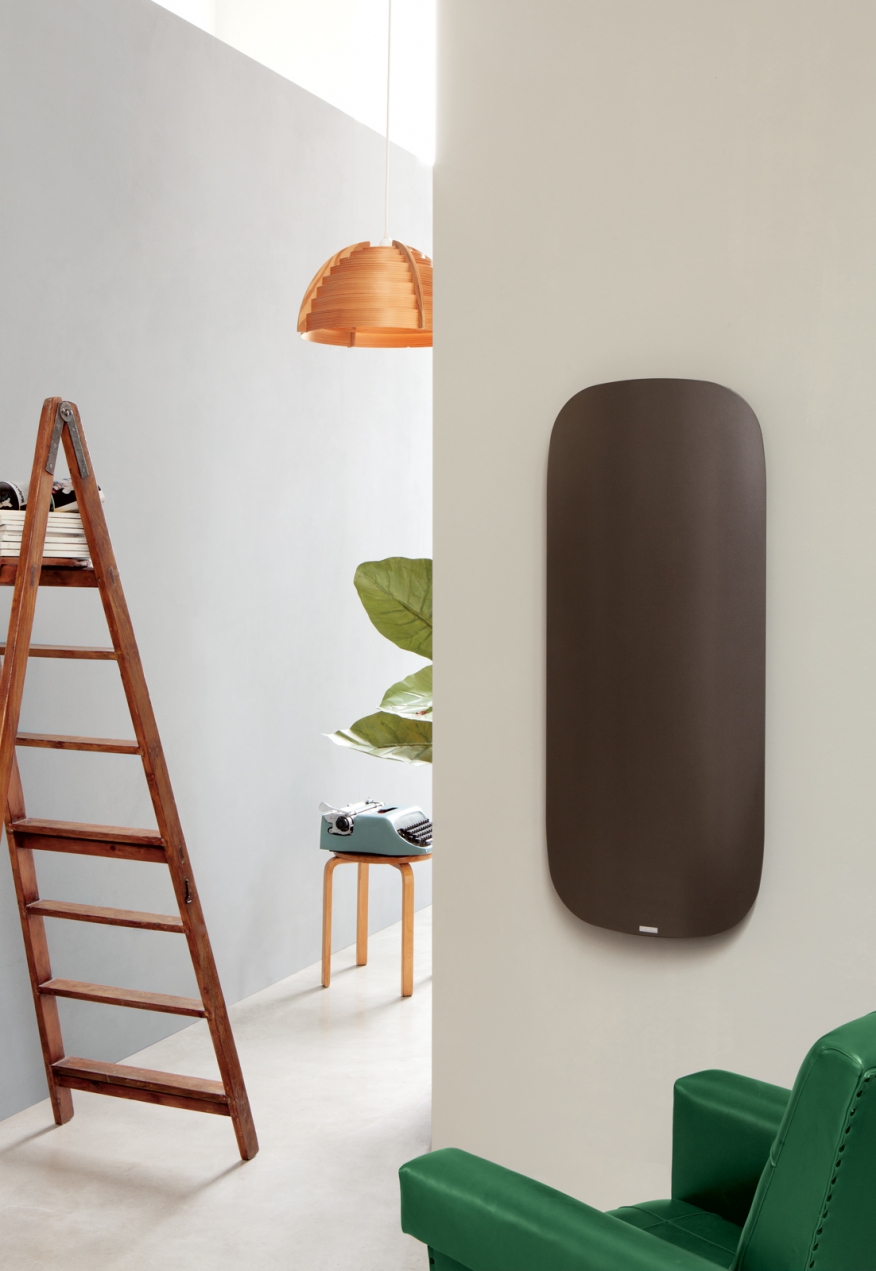 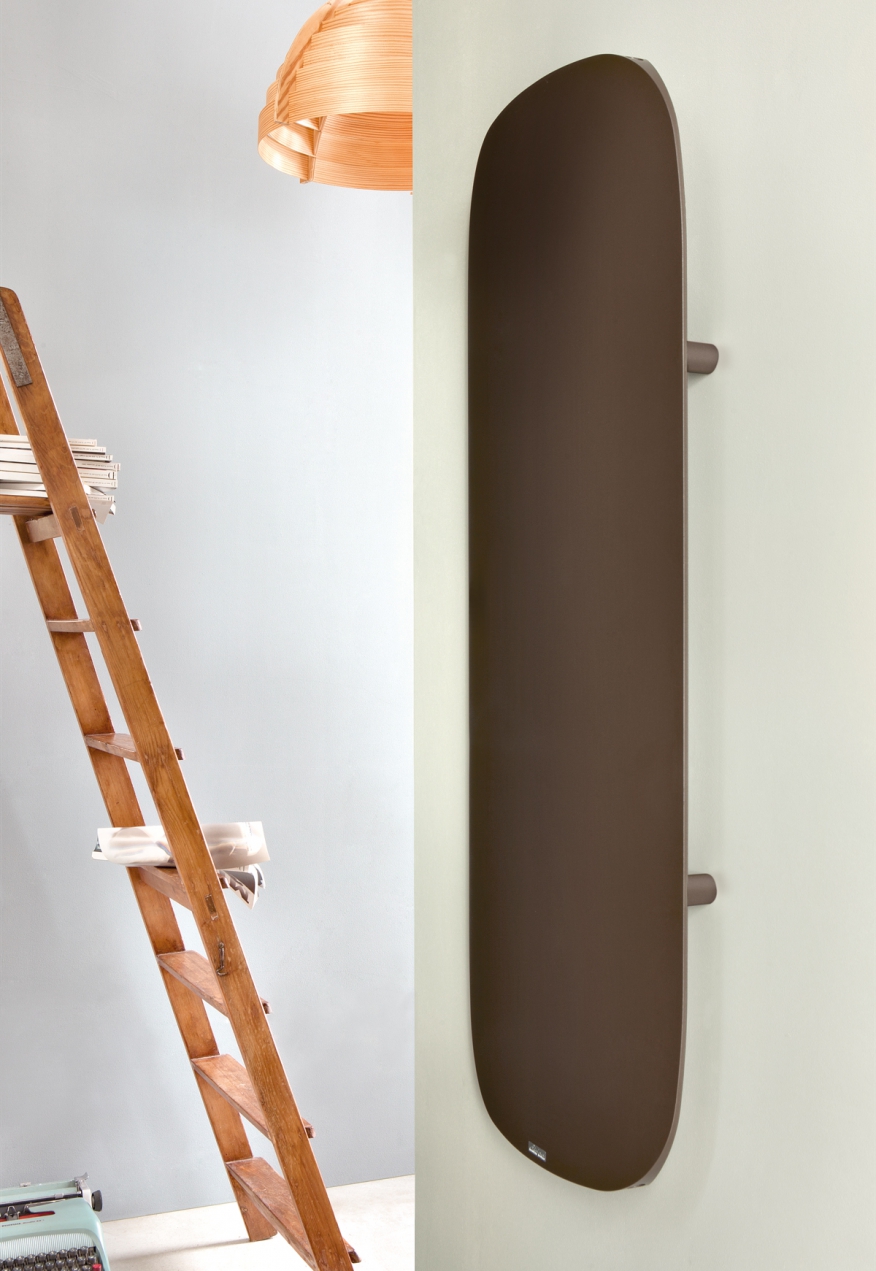 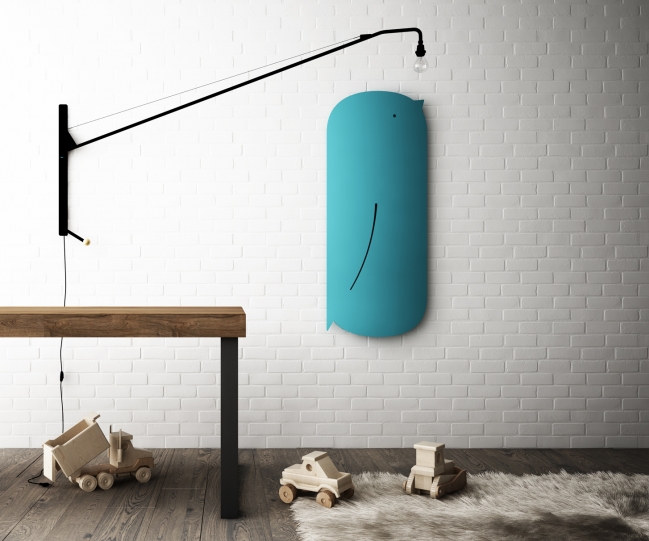 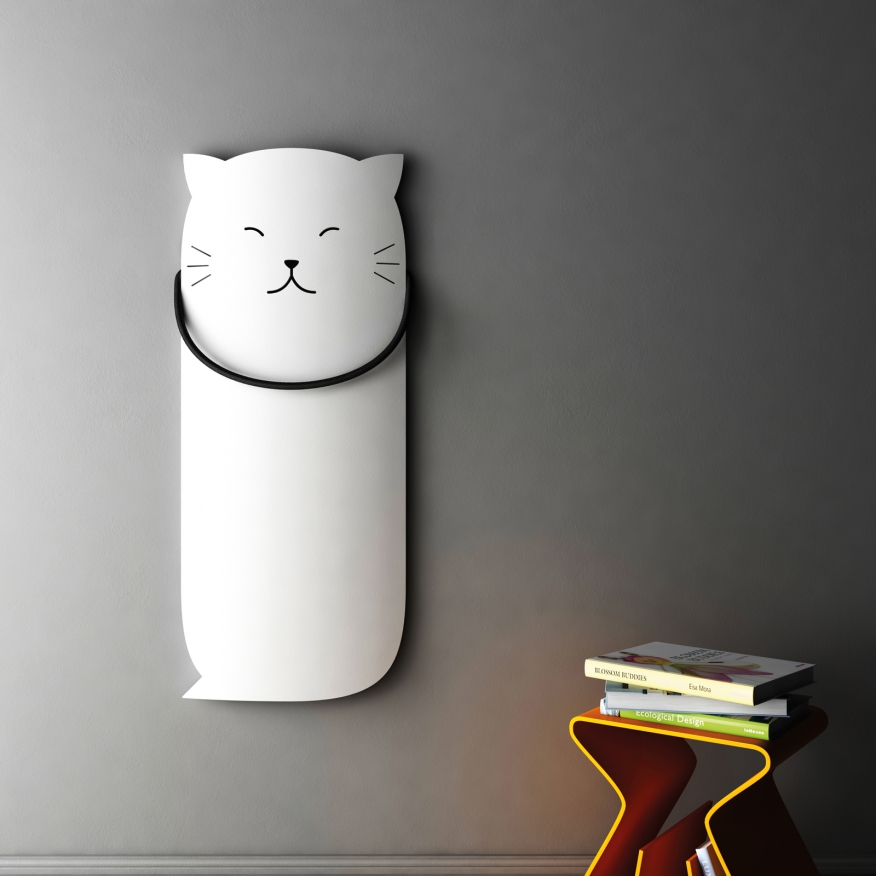 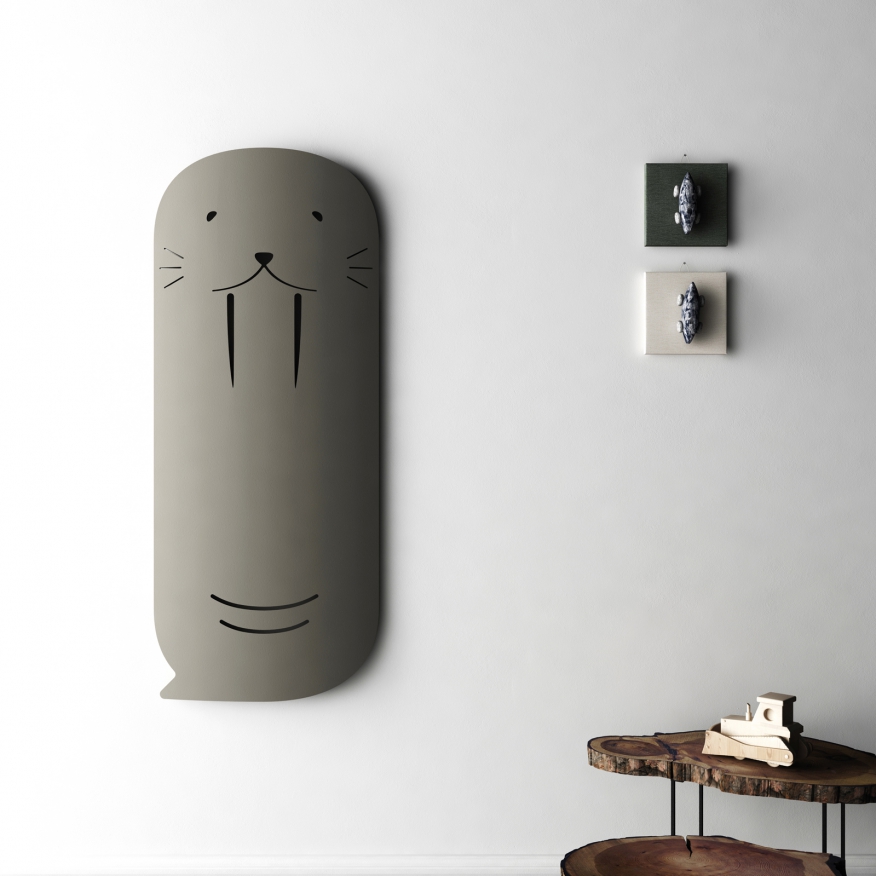 Rigid elements mixed with curved elements, not just ordinary radial elements, but carefully styled conical shapes, all combine to ensure that the final result bespeaks perfect formal balance and the good looks of a familiar household appliance, which is intended for a long service life. Schema collection is available in three variants: Schema Plain, Schema Loop and Schema Belt. Particularly striking is Schema Belt, where a technical part, such as the hose – which is an integral part of the hydraulic circuit of the radiator – becomes a furnishing object of absolute standing. Schema Belt exemplifies how the delicate relationship between function and form may reach its apex. The hose is reinterpreted and becomes an “accessory” that plays a complementary role in the aesthetics of the radiator. “We decided to style the hose into a fashion accessory and an interior design item; to this end, we reinterpreted both its function and its location; instead of a technical element to be concealed, now the hose – covered with leather or fabric – wraps around the front of the radiator to serve both as a “necklace” and as a towel bar.”  Using the mechanics of the Extró radiator, viewed in itself as a “structurally innovative” product in the interior design radiator segment, Schema brings it to a new level in terms of aesthetic refinement. Schema enhances the technical features of aluminium radiators, while devising new attractive shapes for the plates. The collection has been extended with three new radiators that meet children's imagination but that wink to adults: You expect it to start chirping any moment: it is the Schema Birdradiator featuring a bird-like image obtained by reinterpreting with imagination the Schema Plain. Schema Cat is a multifunctional radiator. With its original cat-shaped body, this radiator goes well in a child’s room, or, in its version with a hose simulating a cat collar and serving as a towel warmer, in a bathroom. With its rounded lines and funny elongated tusks, Schema Wolly takes on the appearance of a friendly walrus. The animal’s muzzle has been obtained with a few stylised signs cut into a large radiant surface made from aluminium.