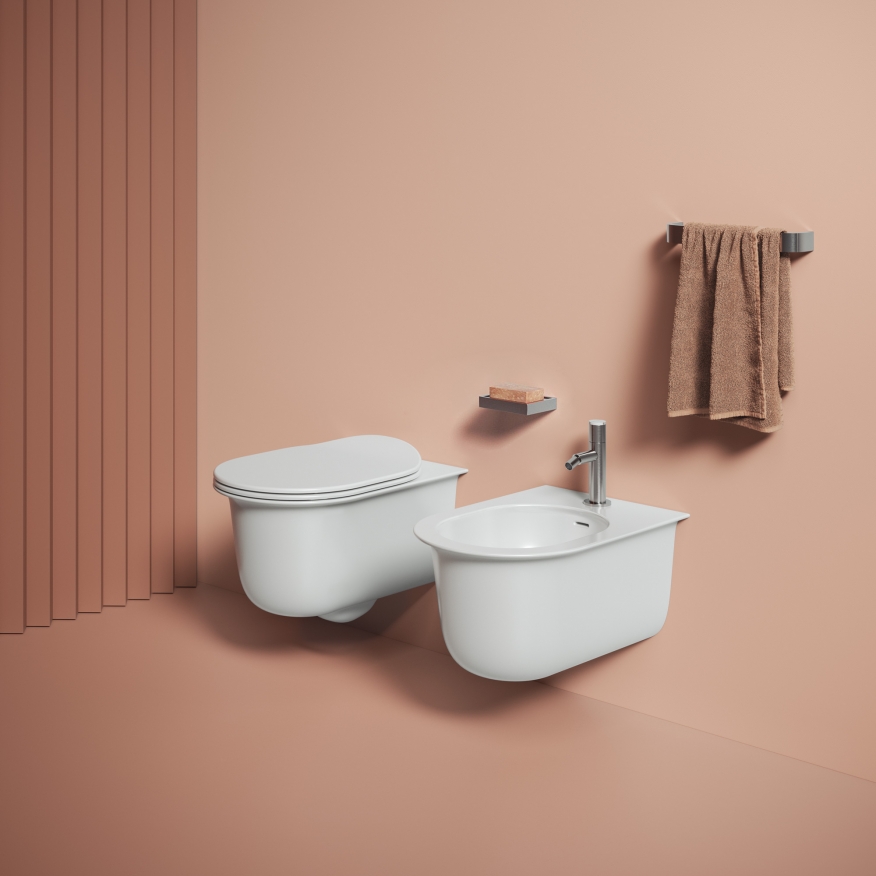 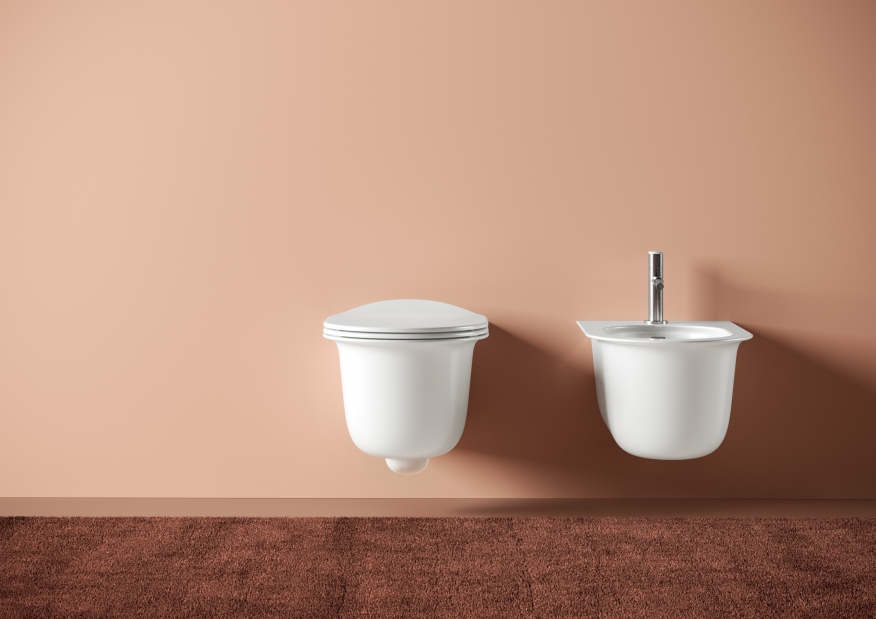 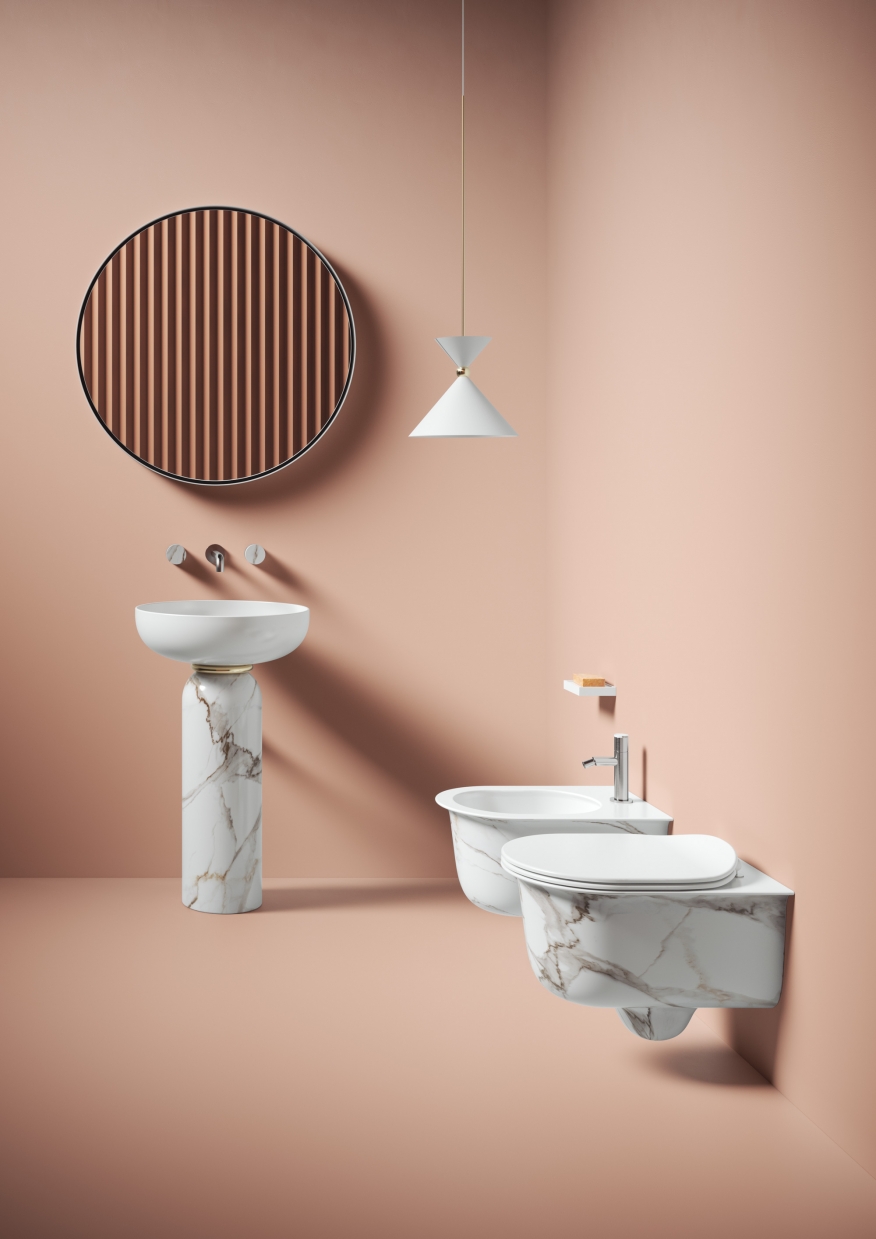 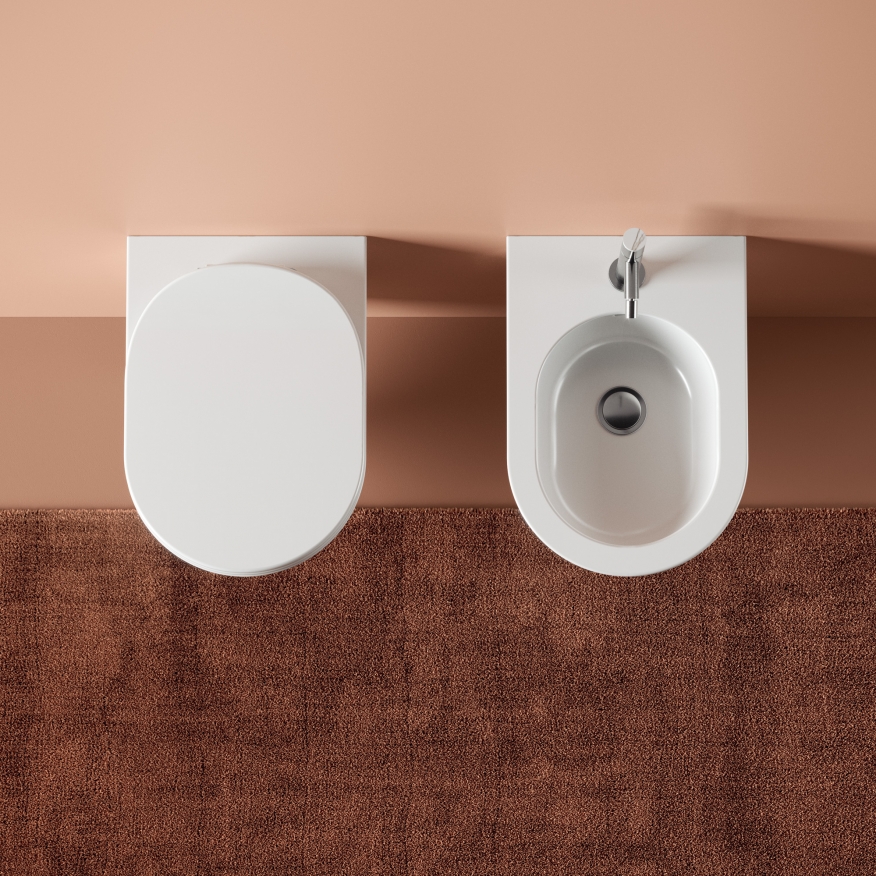 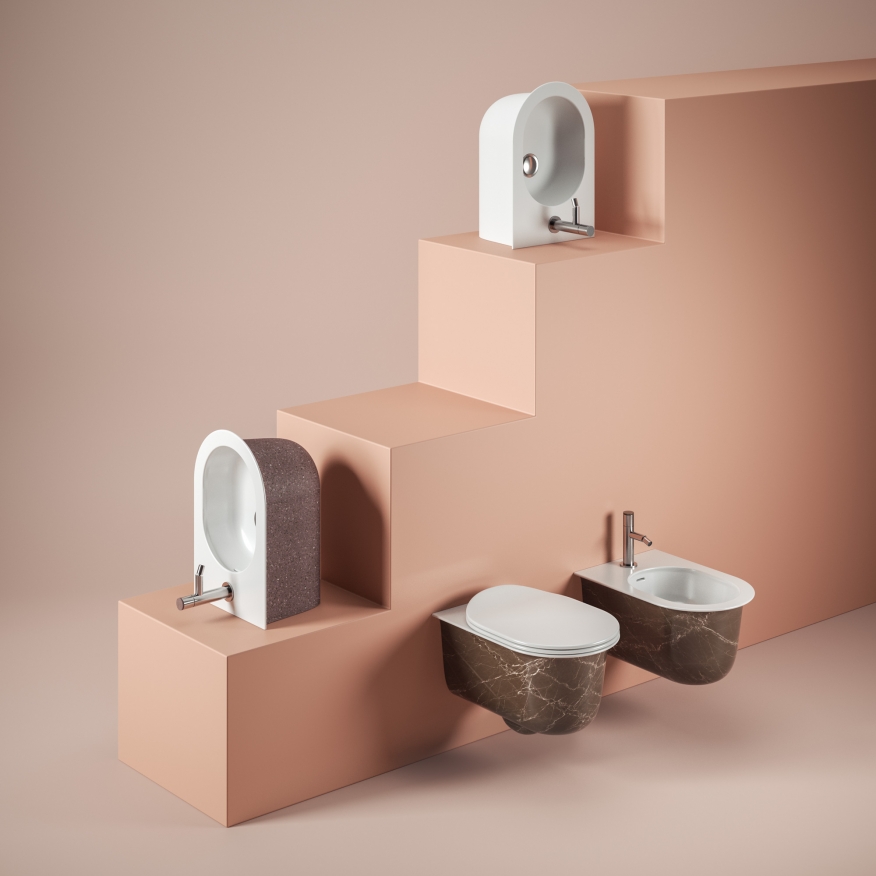 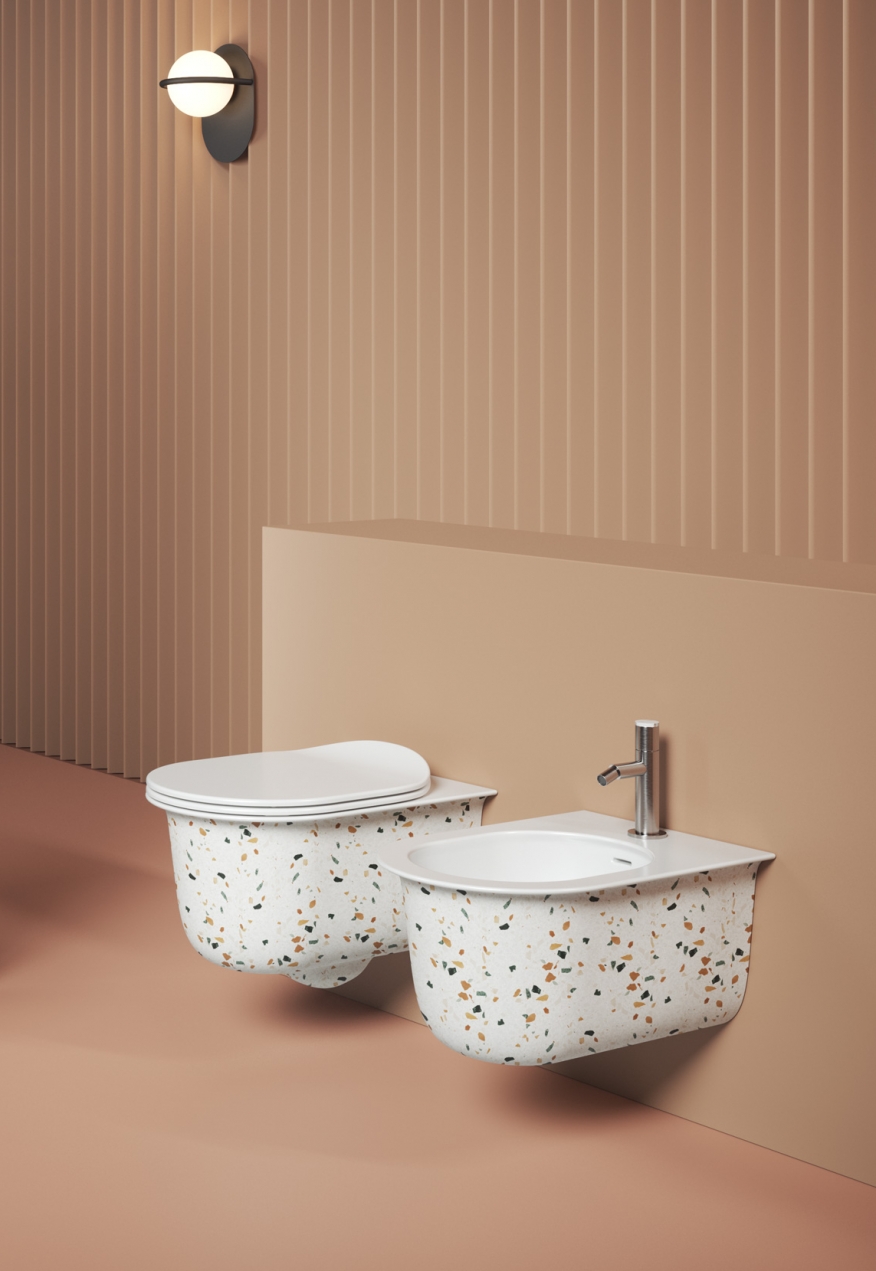 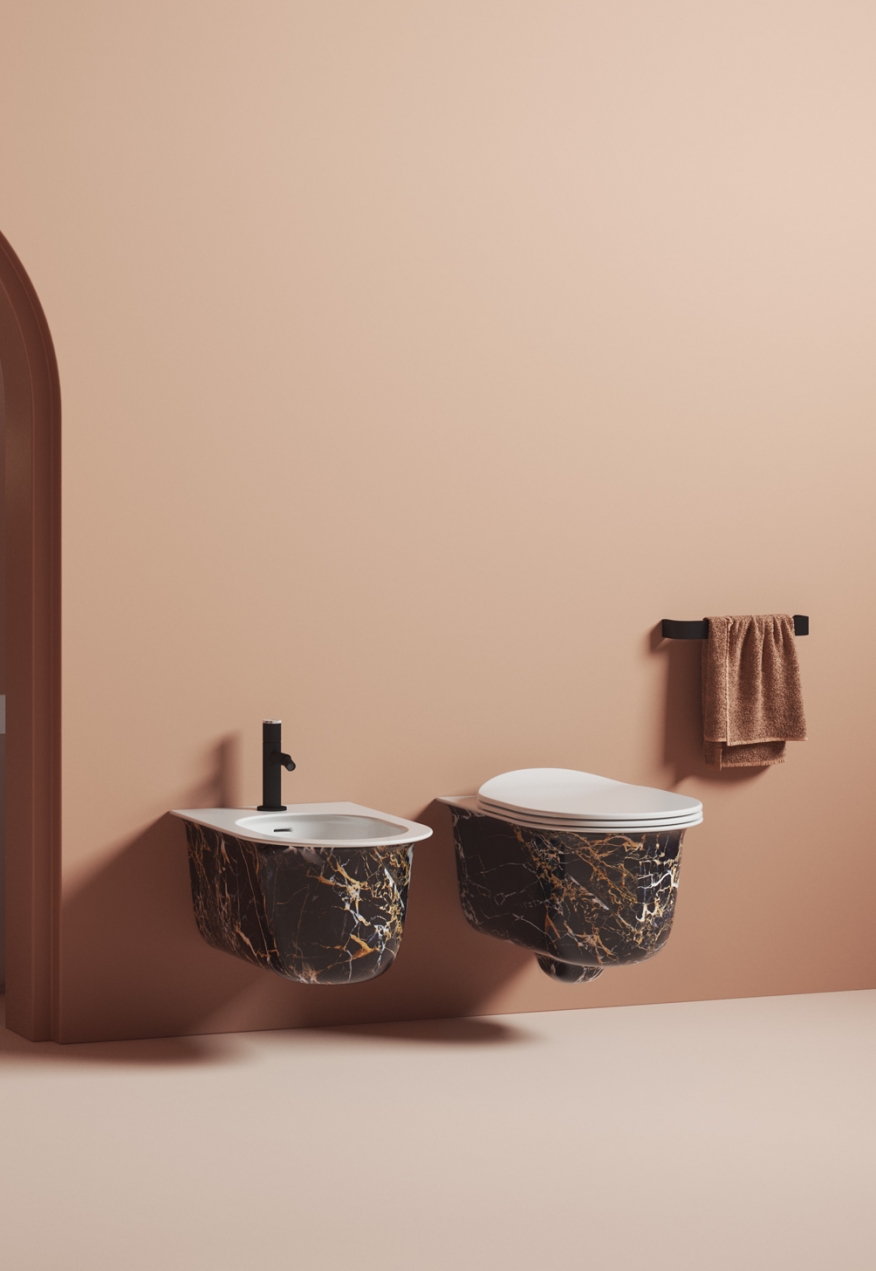 Chic is a collection that consists of wall-hung rimless sanitaryware, very evolved and contemporary, going beyond the tight world of the bathroom fittings and confronting with the “furniture” idea from where it draws on tactile and visual experiences and matches materials and finished of various kinds.
This series takes free inspiration from the Art Déco of twentieth-century but it’s been re-designed with a modern touch, the refined suggestions of that time have been re-elaborated with the taste and touch of a contemporary view.
Chic shows a right balance of classical and essential lines that exalt its romantic touch!
It can be dressed up and composed as one likes with colours, marbles and grits can match chromed and gold details of the hinge seat.
The seat was given enormous attention while designing it since – instead of hiding the hinges – it exalts them by juxtaposing them to the various finishes of this project.